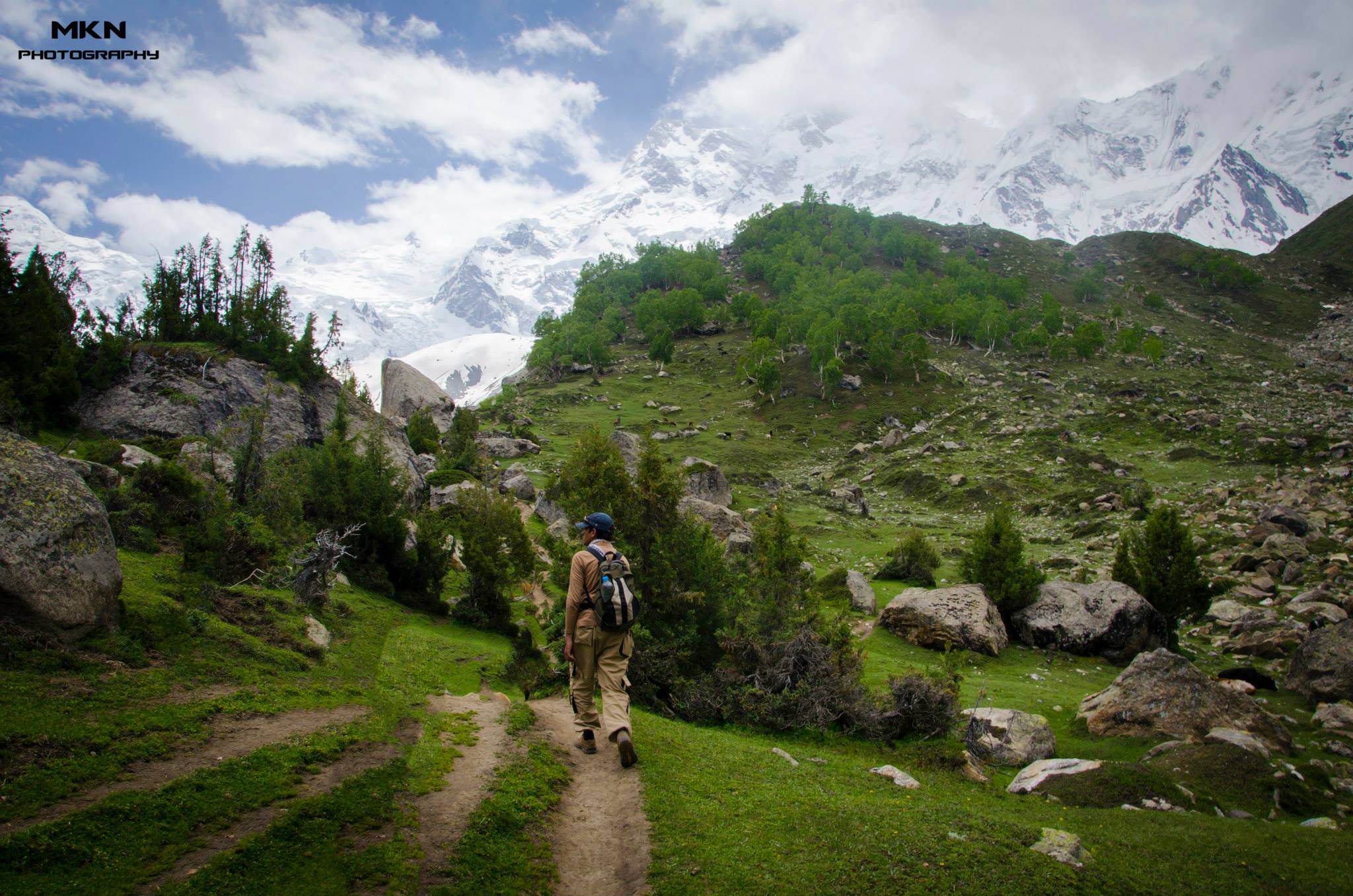 Fairy Meadows is a heavenly place in the lap of killer mountain i.e. Nanga Parbat (8,126 m). Fairy meadows is a lush green meadows surrounded by pine trees. It is truly a piece of heaven.

I have been only once to Nanga Parbat and that too in the start of my trekking career. It was 13 days long trekking trip which also included Rupal side of Nanga Parbat and beyond till Mazeno base camp. The trip was organized by my Nature Explorers and we were total of 13 people.

This article is solely about the Fairy Meadows side of the trek which we did back in June 2013. So I will continue from where I left in Rupal side of the trip article which you can read here.

It was 8th day of our around the Nanga Parbat trip. We started our journey from Astore valley early in the morning. Reached Raikot bridge around 10am, booked 4×4 jeeps and departed for Tatoo village. The ride to Tatoo village was scary because I hadn’t travelled on such road with a mountain on one side and a hundreds of meters deep gorge on the other side. I kept thinking that what would happen if a jeep slips in the gorge? There wasn’t much to see because the valley is so narrow that one doesn’t have any other choices.

In couple of hours we reached Tatoo village. This was a purely backpacking trip in which everyone carried his own backpack during the Rupal side of the trip. But at this stage everyone was exhausted so some of us hired porters for personal backpacks. Some of us didn’t including myself. We started the trek slowly and soon we were scattered because not all of us had same pace.

I was amazed to see so many people on the trek. Some had come with proper knowledge of Fairy meadows so they were prepared to hike. Some families had hired horses for themselves but due to steepness of the trek the riders had to come down again and again otherwise the horses wouldn’t climb up. There was a group who had come totally unprepared. In fact they had come to Murree from Lahore but later they header about Fairy meadows and decided to come here. They were not in proper trekking shoes and had nothing with themselves for boosting their energies. One of the guy from that group was laying on the trek and the rest were cursing him in typical Lahori style. Me and Adnan Nabeel Khan were together at that particular point. We gave some dates to the poor guy to gain some energy. Water wasn’t issue because after a short while a small stream would come in the trek so they could drink water from there. Believe it or not that same guy reached Fairy meadows before the rest of his friends because of the energy boost.

We were not in hurry so we took our breaks and eventually reached Fairy meadows before the sunset. We stayed at “Fairy Meadows Broad View Hotel & Resort”. After putting our backpacks in our camps, some of us got busy in photography and the management got busy in preparing the dinner. We prepared our own dinner because we were already carrying food with us.

I came to know that some of our friends were here at Fairy meadows with another tourism company. They were staying at Fairy Meadows Cottages. I decided to see them so I along with Yaisr Khursheed left our campsite and went to see them. We found our friends in the dinning area. I went inside and stood in front of them. For few seconds they couldn’t recognize me and kept staring at me that who the hell is this guy. But then my friend Ghayyur Jadoon said “Aren’t you Sher Ali?”. I said yes and everyone was surprised not because I was there but because I was looking so different due to loss of weight and burnt out skin. They fed us some snacks and we talked about our travels.

I returned to our campsite where dinner was ready. We were dead tired so didn’t had any energy for long night gossips or stargazing so everyone went to camps and called it a night.

Before Nanga Parbat view point we met a local with horse who was also going towards base camp. He told us something about an incident but at that time we didn’t clearly understand what he was talking about. Also we didn’t know that he actually owns a hut hotel Nanga Parbat base camp and would be serving us hot tea and soup later in the day. He was local so we couldn’t keep up with him for long.

Soon we were at that section of the trek where all of a sudden an up hill hike starts. This is a point where most of the people abandon their plan of Nanga Parbat base camp and return to Fairy meadows. It took us couple of hours to be done with that steep climb and soon we were at the edge of glacier. We had now plenty of experience dealing with the glaciers on Rupal side so it didn’t take us long and soon we were out of glacier. Then it was almost plain (no altitude no gain) zigzag trek till base camp.

We hadn’t packed anything in our daypacks so all of us were feeling hungry and thirsty. That local with horse was already in the hut and was making tea. We didn’t waste a second and ordered noodles’ soup and tea for all of us. It was Nanga Parbat base camp where I ate Noodles for the very first time and then I got to know hot noodles’ soup is the best drink one can have in high altitude cold atmosphere and that too after a day’s trek.

We rested there for couple of hours and took some photos. Only Mehroz Khan Niazi had DSLR at that time which felt like a blessing back then. Now it was time to start the return journey. It always takes less time on the return due to descent so it we reached Fairy Meadows before sunset. But instead of going to our camp site we went to where our friends were staying. We spent some fun time back there. It seemed quite normal back there and nobody said anything about any incidents.

But once we reached our campsite then it was totally different situation. Our friend Farhan Suddle was angry and said what took us too long. He asked so many questions in a single breathe like “don’t know what has happened?”, “why guys feel so normal”, “do you even know how how bad a day it has been for us here?”. We told him to calm down and tell us something because we knew nothing. He then told us that some foreigners have been killed on Diamer side of Nanga Parbat but Geo News in pursuit of “Sab sai pehly” had telecast wrong news that the incident had happend at Fairy meadows. Due to this army had reached Fairy meadows in helicopters and were searching in camps. Also people back at home were so worried due to this wrong news about Fairy meadows. Back then there was a single point from where you could call back home using ufone. So all of us went there one by one and called our families back home that we are safe and the news has been telecast wrongly about Fairy meadows by Geo News. When we reached our campsite then army had already left so that’s why it felt normal to us back then.

The unfortunate incident had happened on Diamer side of Nanga Parbat where 11 climbers had been killed by terrorists. It was a big blow to already troubled tourism industry of Pakistan. It was a rare incident in the peaceful Giligit Baltistan region and since then there hasn’t been any such incidents.

We ate our dinner and went to asleep for one last night at the heavenly Fairy meadows.

Day 10: Back to Islamabad

We did breakfast and then started trek towards Tatoo village. In couple of hours all of us were at Tatoo village. The jeeps you hire from Raikot bridge to Tatoo charge you for both sides and you expect the same jeeps to take you back to Raikot bridge. One of the jeep driver wasn’t friendly right from the start so he wasn’t at the spot while his jeep was parked there. We asked around and waited for him thinking that he might come out of somewhere but he didn’t. We were losing time so we asked the other jeep wala that this is not a fair trade and they should arrange alternate jeep for us. They did so and arranged an alternate jeep for us. Now we were happily back on the road.

We reached Raikot bridge at around 1pm. It was a backpacking trip so we had not made great arrangements regarding transport. We had booked our seats in Mehfooz coach from Atore which arrived at the nick of time at Raikot bridge. We loaded our luggage in the bus and started the return journey towards Islamabad. We reached Islamabad late night safe and sound.

It was my first such a long true backpacking trip and after that there wasn’t any stopping. Now I have been to every nook and corner of northern areas of Pakistan. As of June 2019 there are still some areas which I have yet to explore e.g. Charakusa valley in Hushe, Ghanche district has always been on top of my bucketlist. InshaAllah, it wouldn’t take me much longer to tick off the rest of the areas if health and life permitted. 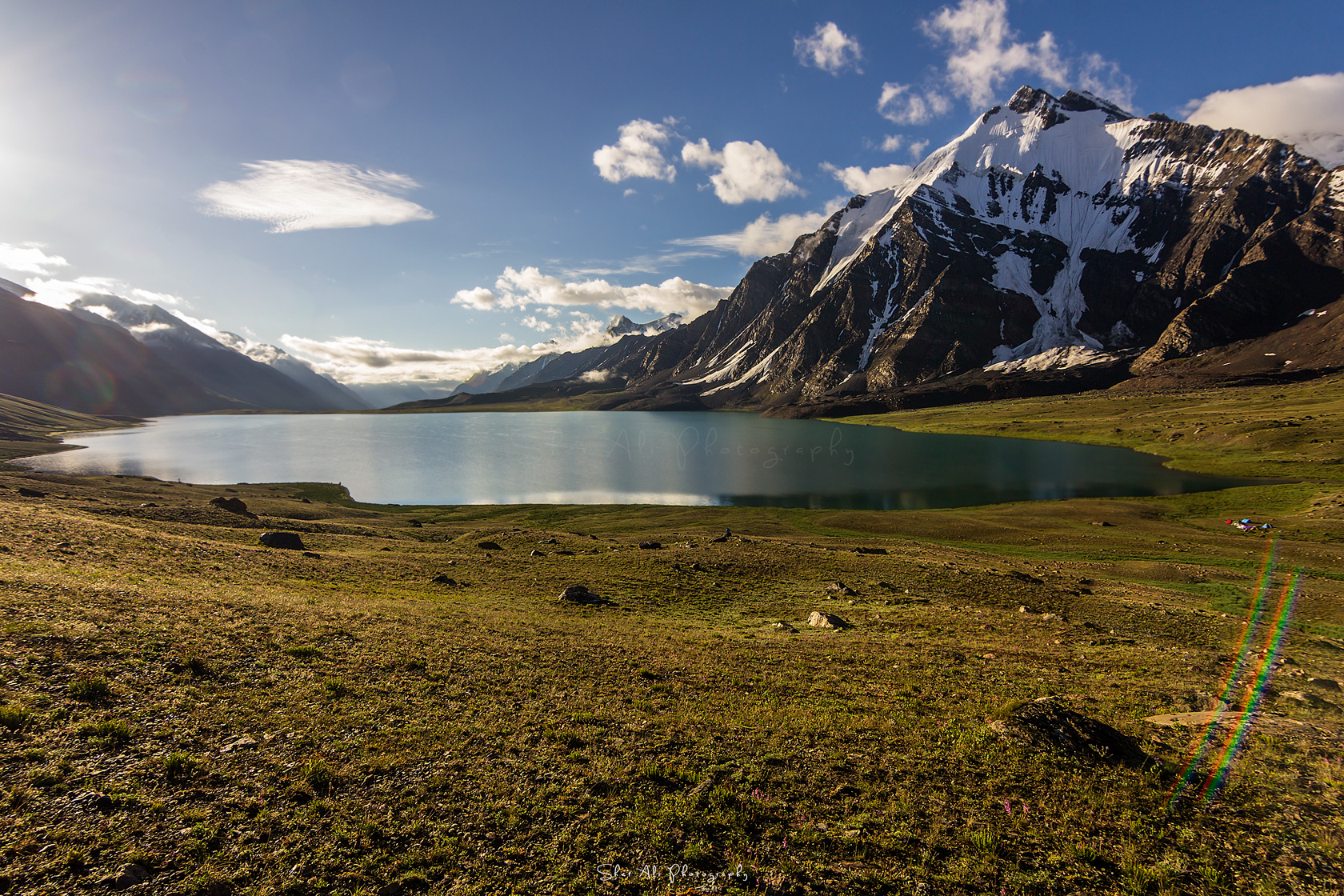 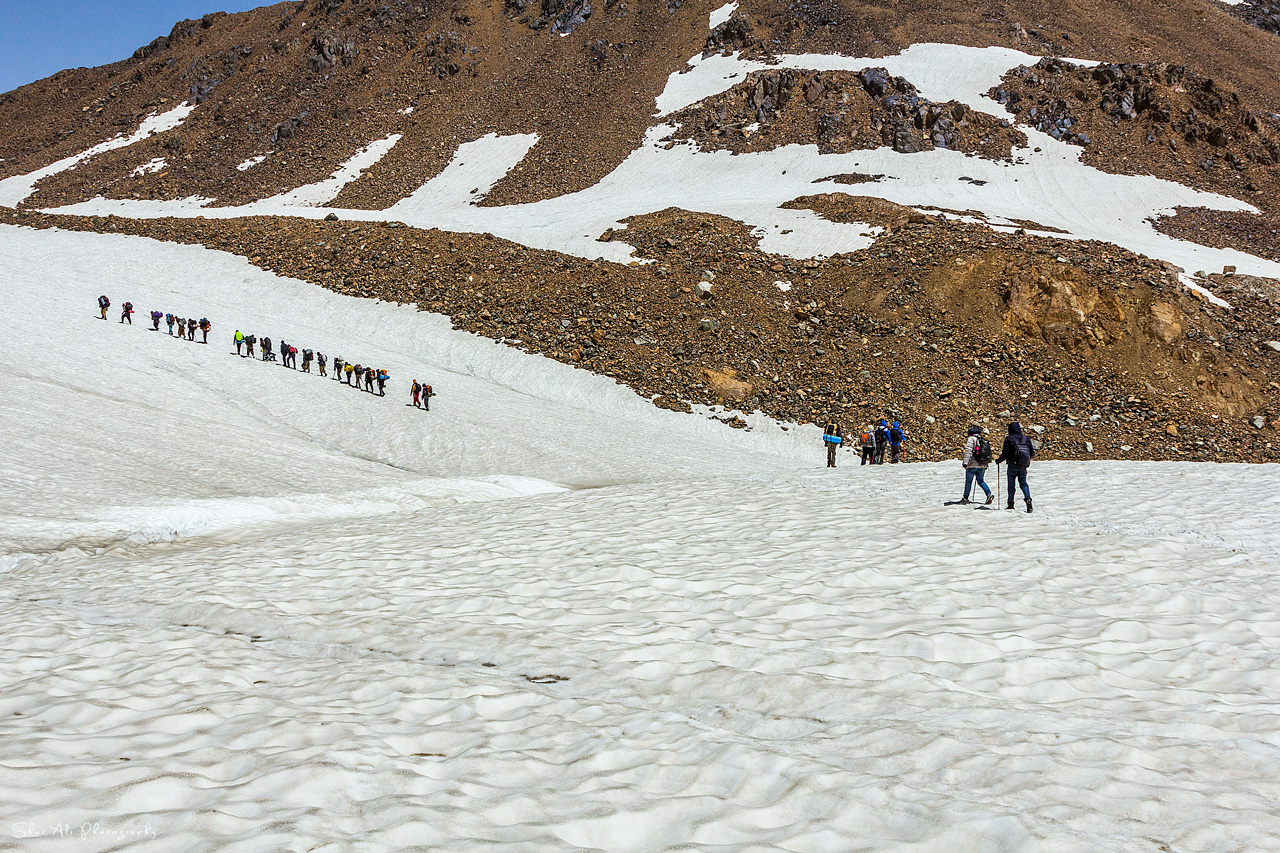